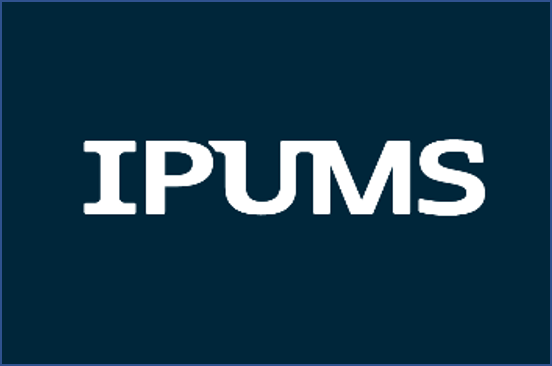 IPUMS provides census and survey data from around the world integrated across time and space. IPUMS integration and documentation makes it easy to study change, conduct comparative research, merge information across data types, and analyze individuals within family and community context. Data and services available free of charge.

IPUMS-International is an effort to inventory, preserve, harmonize, and disseminate census microdata from around the world. The project has collected the world's largest archive of publicly available census samples. The data are coded and documented consistently across countries and over time to facillitate comparative research. IPUMS-International makes these data available to qualified researchers free of charge through a web dissemination system.

The IPUMS-DHS project DHS project harmonizes Demographic and Health Surveys (DHS) data and documentation for Africa, the Middle East and Asia to facilitate comparative research across time and countries. The DHS are the main source of information on health in low- and middle-income countries. IPUMS-DHS is designed to facilitate analysis of DHS data across time and space. IPUMS-DHS adds value to the original DHS samples in the following ways: variables are coded consistently across countries and over time; web-based search and discovery tools display variable availability across surveys; documentation is organized on a cross-survey, variable-specific basis; and researchers can merge files and create customized datasets using a web dissemination system, at no cost. The current version of IPUMS-DHS includes data on women respondents, their children under age 5, and their births, and on members of randomly selected households.