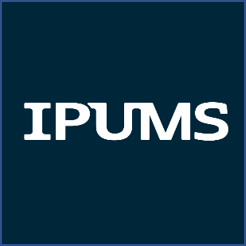 
[For rural areas]
28. Was [person] engaged in productive activity during the last 12 months?


[For urban areas]
28. Was [person] engaged in productive work during the last seven days?

[] 1 Yes ________
[] 2 No
Categories
Warning: these figures indicate the number of cases found in the data file. They cannot be interpreted as summary statistics of the population of interest.
Interviewer instructions
Columns 28 - 32: Information on economic activity
The information collected on economic activity status in these columns during the last
12 months include:


The following list of production of goods and services are included as productive activities.

A. Production of items for sale. For example, industrial products, production of pottery, etc., and persons providing services to generate income for example, barbers, selling local drinks like Tella and Katikala and weaving, brokers, etc.
B. Paid employment activities in governmental, other households or organizations. For example, physicians, teachers, employed farmers, shepherds, etc. It also includes unpaid communal work, for example, food for work, planting trees (forestry), communal labour, etc.
C. Producing items for own consumption or for sale or production of durable goods for domestic use, as detailed below.


2. Processing of Primary Commodities for own Consumption
It covers activities such as milling grain, making butter, cheese and other dairy products, sinning and tanning, making baskets and hats and constructing wooden furniture and fixture.
Note: It should be emphasized that these various activities are considered as economic activity only if they involve the processing of primary products. Thus, pounding "teff" (a primary product) to make "injera" is included; thus-using flour (a processed product) to make "injera" is excluded. It should further be noted that only the processing of primary commodities by the producers of these items, which means that the processing for own consumption of primary commodities by those who do not produce them is excluded. Thus, for example making flour of "teff" from the market is not included but making flour of "teff" produced by oneself is considered.

Processing those above mentioned products to finished or semi-finished products for own consumption. Example: Spinning, making butter or cheese, grinding corns or cereals. Producing furniture, like, tables, chairs, containers, etcÂ… However, processing those finished or semi-finished items to other forms for own consumption can not be considered as a productive activity.


3. Processing of primary commodities (goods and services) for sale also are productive activity


Non-Productive / economic activities
While the SNA definition of the production of goods and services covers a wide range of activities many other activities still remain outside its scope.
Pg 68

a) Unpaid activities such as domestic tasks are taken as non-productive/ economic activities do not count as economic activity. For example, water fetching for domestic use, collecting firewood/ dung from field or forest (not from own holding) and spinning of cotton for own consumption of primary commodities who do not produce them.

b) Unpaid domestic activities do not count as economic activity. Examples are preparing food for household consumption, nursing of children and current repair and maintenance of dwelling and farm buildings and unpaid community and volunteer services, and voluntary service in international or national centers or local organizations, and prostitution etc...

d) Others, like engaged in apprentice-to get experience working in offices, garage and in various sectors with out participation of in relation to training /education also considered non- economic activity.

a) If a person is engaged in agriculture, he/she is considered as being engaged in economic activity during most of the last 12 months if he/she has worked most of the main agricultural seasons of the reference year in that area/ locality.

For example
pg 69
Suppose that the main agricultural season for a particular area is 8 months. A person in this particular area is said to be engaged in most of the last 12 months if he/she has worked for 4 months and more. Agricultural season includes the main and the "Belg" Season and the time from preparing the land to harvesting (seeding, ploughing, sawing, weeding, harvesting and collecting).

Definition
This variable applies to persons in rural areas and indicates whether the person was engaged in economic activity during the last 12 months.
Universe
Present and absent rural residents age 10+